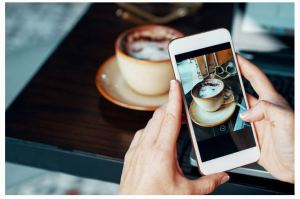 Currently, the most liked photo on Instagram is an egg. While the reasons behind that may not be motivated by love of food, there’s no denying that food is huge on social media. In fact, pizza is the most Instagrammed food. That’s followed by steak and sushi. There are more than 1.7 billion recipe pins on Pinterest. BuzzFeed’s Tasty, a food oriented page on Facebook, has over 3.5 million followers.

It’s nearly impossible to scroll through any social media feed without seeing pictures of food, recipes, food-related videos, or simply posts from friends and family discussing what they have or will eat. Have you ever wondered how all of this exposure to food on social impacts your eating habits? As it turns out, the news is mixed. 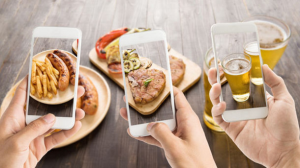 The bad: food related posts can trigger some negative thoughts and behaviors

The University of Pittsburgh School of Medicine conducted a study and found a few disturbing trends. Study participants who spent the most time on social media each day were 2.2 times more likely to report that they had issues with body image and eating. Participants who spent less time on social media did not report those concerns with the same frequently. The most frequent users reported 2.6 times more.

This coincides with information in other studies that indicate that looking at pictures and videos of food can trigger behavioral and physiological responses that lead to excess hunger.

This article originally appeared on Forbes