Long before Facebook and Instagram took over the world, there was another social network that hooked millions of teenagers around the world – Myspace! And avid users of the site will have fond memories of their very first friend, Myspace Tom, whose profile appeared in everyone’s top eight.

Tom Anderson was the co-founder of the social networking site, but sold the business to News Corp for a huge $580million (around £408million) in 2005, before retiring in 2009. But what has he been up to since?

Well, the 47-year-old lives in Hawaii and appears to be leading an amazing life as a travel photographer, exploring the world and sharing his beautiful snaps from exotic destinations such as Thailand, Bhutan and the Maldives on his Instagram and Twitter accounts. Named @myspacetom, the entrepreneur doesn’t have quite as many followers as he did in his Myspace days, but does have an impressive 617,000 fans admiring his impressive photography. 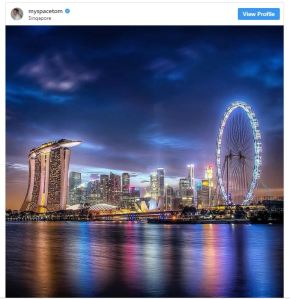 “Former 1st friend, enjoying being retired. Photo taking has been my hobby for 4 years. New mission 2 help others & engage!” his profile reads. One way he is engaging with others is through his blog, which has the URL of – you guessed it – myspacetom.com. Some of the most recent posts showcase more of his travel photography, with features devoted to his travels in Malaysia and Beijing.

Although the downfall of Myspace was often attributed to the popularity of Facebook, it appears Tom doesn’t bear any grudges, and also has his own page on the social network, which has over one million fans. They’ll be able to fondly remember their Myspace days, as Tom still has the same profile picture as he did back then, even though it is in a very grainy quality and a far cry from his recent images!